based in boulder, co 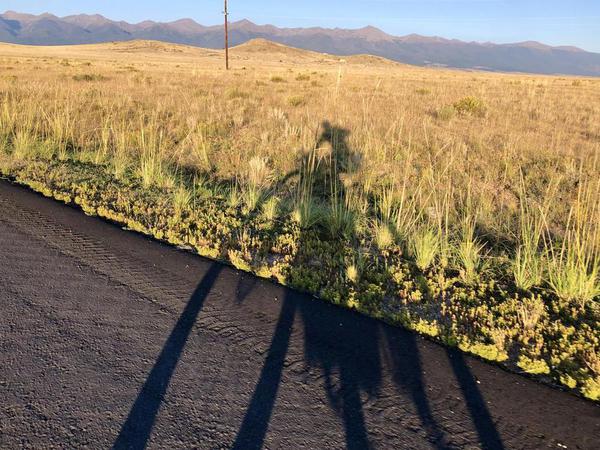 The Inaugural Colorado North South: My Initiation to Bikepacking Racing

Earlier this year, Hailey Moore set out with a small group of riders in the first North South Colorado Bikepacking Race, a self-supported race event on mixed terrain – from Fort Collins to Alamosa – through the Rocky Mountains. Continue reading for Hailey’s immersive trip report and photos from along the route. The clouds had been steadily gathering all day, growing heavier the farther west I rode. As the final stretch of Cameron Pass came into view they let their cargo fall and I was soon soak 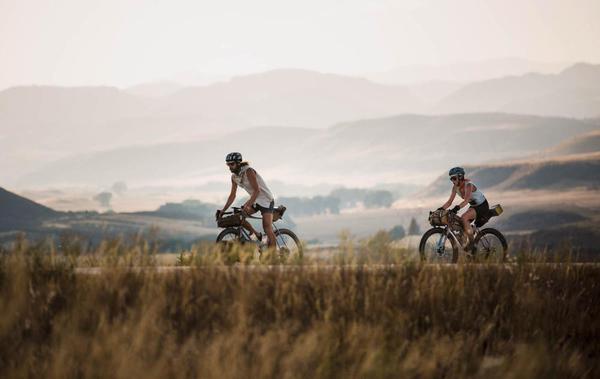 Originally from North Carolina, Hailey has called Boulder, CO, home for the last five years. She works as a writer and enjoys many forms of movement including cycling (preferably with bags strapped to her bike), running, and climbing. You can see what she’s up to on instagram @hailey.m.moore . Ideally toured over 2-3 days, the Red Feather Ramble traverses a few of northern Colorado’s sub-alpine passes before passing through its namesake village and opening up to the expansive, beautiful plains 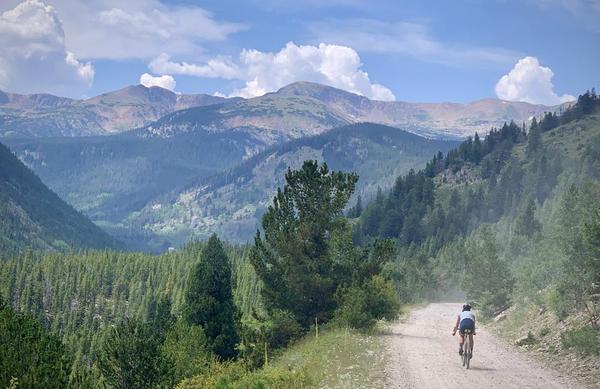 The Case for Riding There

A few years ago I rode my bike from Boulder to Denver for a multi-day work conference. It was the farthest I’d ever “commuted” by bike and, in a sense, my first overnight bike trip (I stayed in a hotel). I was not dialed. I borrowed a friend’s bike and borrowed another friend’s panniers. I packed a hair straightener and full-sized bottles of shampoo and conditioner. I packed climbing shoes with hopes of hitting up the Denver climbing gym, extra clothes, a book, a tablet, and all kinds of other “ 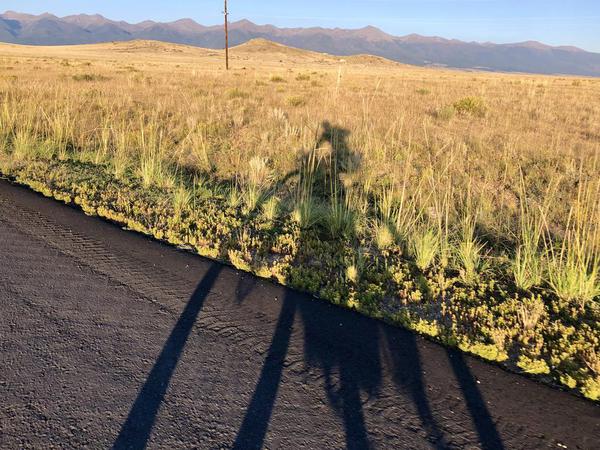 In early September, I lined up for my first-ever bikepacking race—the first edition of the Colorado North South. The route took racers on a 530-mile voyage from Fort Collins, CO down to Alamosa. We traversed high passes and traveled through an array of distinct geographic zones, with most of the riding on unsealed surfaces. And although I’ve participated in several single-day gravel races, and cyclo-toured extensively, the race itself felt like a completely unique experience. The main difference 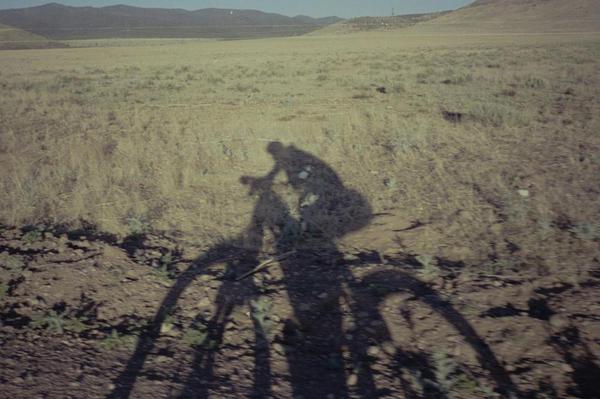 The beauty of bikes is in the people who ride them—and how they all have a story. I have little doubt that everyone—serious riders, aeroed and grimaced, and carefree cruisers alike—have experienced that epiphanous fresh-air feeling of freedom that accompanies spinning your legs astride two wheels. Sometimes we just enjoy it at the moment—letting the short-lived wave of release and clarity wash over us during a weeknight burrito run, or a trip to the coffee shop. Other times we chase that feeling 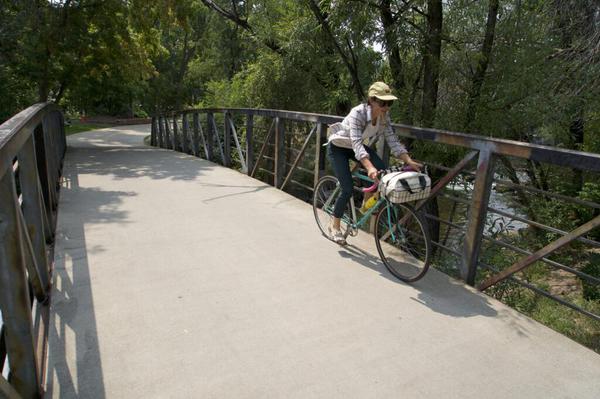 It's Not Commuting, it's a Lifestyle

A few years ago, I woke up one winter morning to a bout of unexpected weather: skies heavy with clouds, frigid temps, and flakes falling at a steady clip. While winter in Boulder, Colorado is relatively mild compared to, say, the upper Midwest, this type of weather is certainly not out of character for the Front Range. Regardless, I was still bummed as—like most mornings—I’d been planning on riding the short 2.5 miles into work. When I moved to Boulder from the southeast two years prior I didn’ 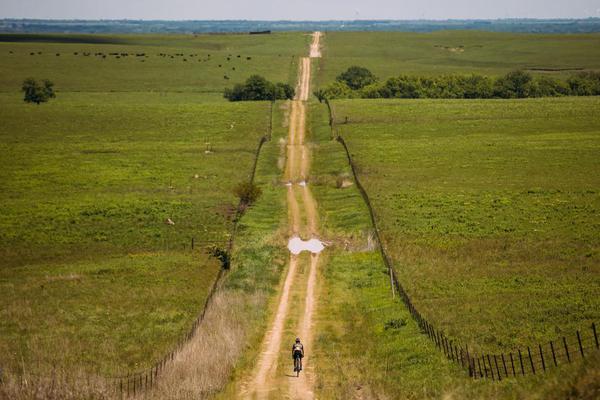 For many, the mass start is the most appealing aspect of the gravel racing phenomenon and this concept is perhaps most pronounced in the crowning event of the gravel calendar—Unbound. For a variety of reasons, the Unbound 200 has become the most renowned event on the dirt racing scene. Founded in 2006 (when only 34 participants lined up), it is certainly one of the original single-day gravel events. The distance is appropriately intimidating—the recent cohort of ex-WorldTour converts are well tr 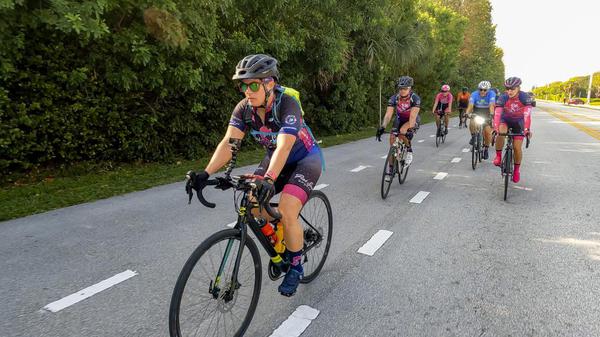 The next time you’re out riding your bike—close your eyes. How long can you continue to pedal before you feel like you might crash? Ten seconds? Twenty? Now imagine riding across the country without the aid of vision. Enter Shawn Cheshire. Shawn Cheshire is a blind athlete who lost her vision as a result of a traumatic brain injury that she sustained in 2009 while working as a paramedic in upstate New York. Following the accident, the former veteran slipped into depression, as Cheshire says, “m 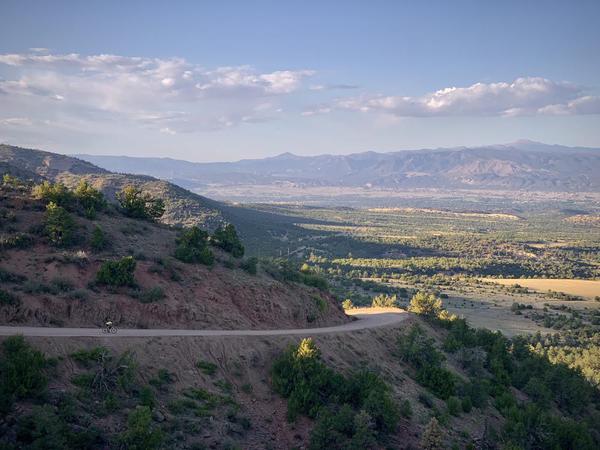 How To: Covering the Basics of Bikepacking

The year 2020 saw a lot more people getting outside. Anyone who tried to buy cycling components last year—let alone an actual bike—knows that cycling is having a moment, particularly in the adventure space, which includes gravel riding and bikepacking. And while the categorical distinction—“gravel grinding”—is a tidy way for brands and events to characterize (largely) less-technical off-tarmac riding, as with most trends this latest niche sphere in cycling is actually a return to a past style (a 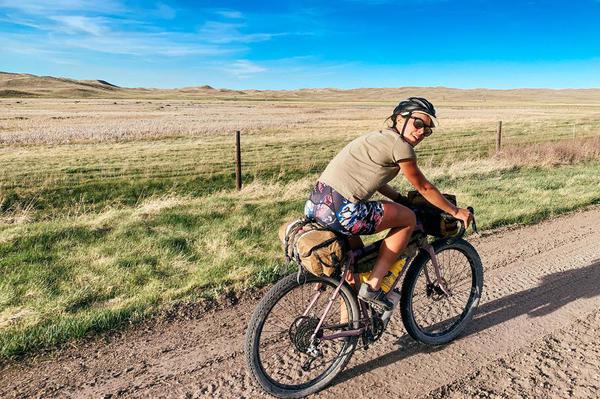 This Reportage took place a year prior to the pandemic… please be considerate and avoid traveling to small towns during the pandemic. Some trips stay with you more than others, and this trip is one of those. Nebraska isn’t often touted (read: never) as a cycling destination, but the truly unique and varied geography we encountered offered some of the most quality riding I’ve had the opportunity to experience. The state’s remoteness—a combination of the incredibly low population density and vast 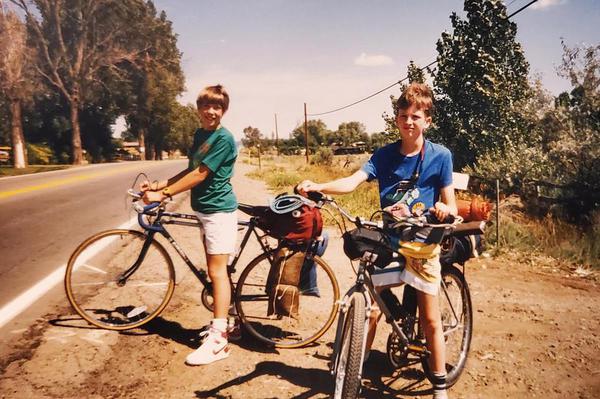 Stefan Griebel and the Origin of the Colorado Trail Race

When I first heard about the Colorado Trail Race I was in fact riding part of the route, albeit one of the least engaging stretches. It was just ten days after I’d raced my bike for 200mi in Kansas and I’d been overly optimistic about my recovery when I’d agreed to a four-day tour from my home in Boulder through the South Platte (and on through Summit County) with my partner Tony. By early afternoon of the second day of the trip, we were in the heart of the Lost Creek Wilderness/Tarryall detour 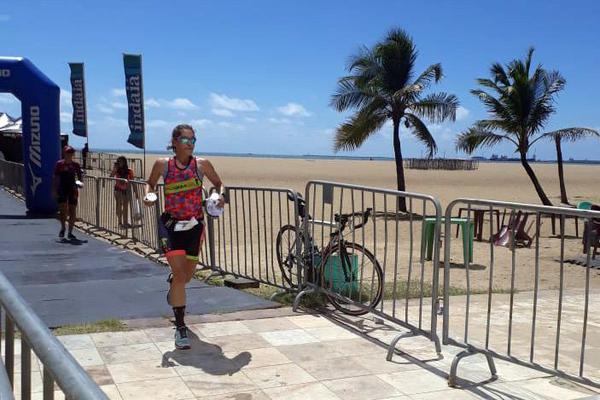 How Do You Find The Time - IRACELIKEAGIRL

Triathlons may be the most demanding of all endurance events as, by definition, they require proficiency at three individual endurance sports—cycling, running, and swimming. IRACELIKEAGIRL founder and PEARL iZUMi athlete Angela Naeth has been racing triathlons at an elite level for over a decade and founded her organization as a way to bring more women into the sport by sharing her knowledge and experience while creating a community of inclusivity for triathletes of all levels. If you’re triathl 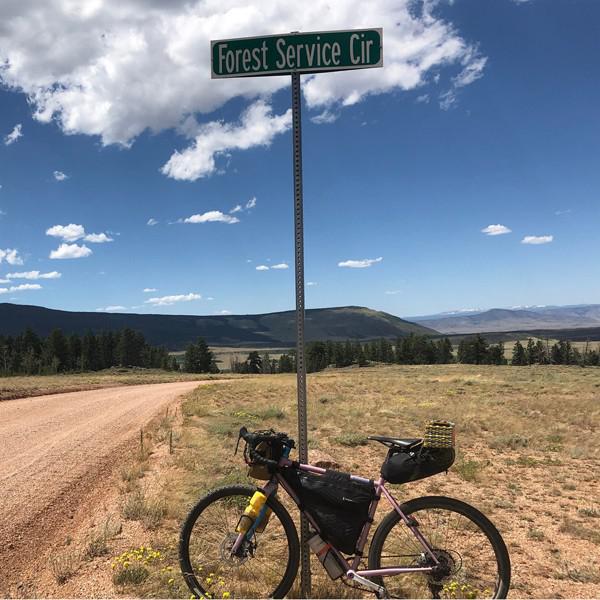 Riding in The Moment

At the start of the summer, since most races I had planned on doing were cancelled, I set a few local goals for myself. One was to take a solo bike trip. Over the last year or so, I’ve gone on perhaps a dozen overnight to week-long tours with my partner, Tony. Yet even with the assurance of experience, the prospect of a solo tour still felt daunting. While I didn’t have any doubt about the clothes to pack or gear to bring, or even the riding itself, there’s an additional layer of uncertainty whe 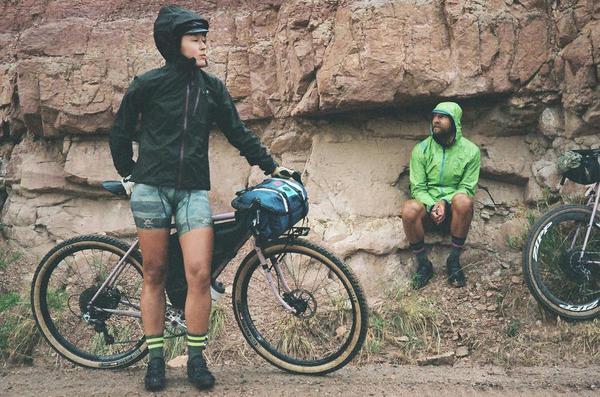 The journal entry following my first bike trip reads: “Why does recording life events feel so vital? Because memories can’t be trusted to stay in place. Because in their wake remains the shadowy outlines of phantom feelings—forms so great and vague that we long to recall the experiences that gave them flesh and weight. Okay. Bike trip.” On the next page I taped five sheets of 3×5 pages, carefully ripped from the pocket journal that I carried with me on the bike. I did this for the sake of chrono 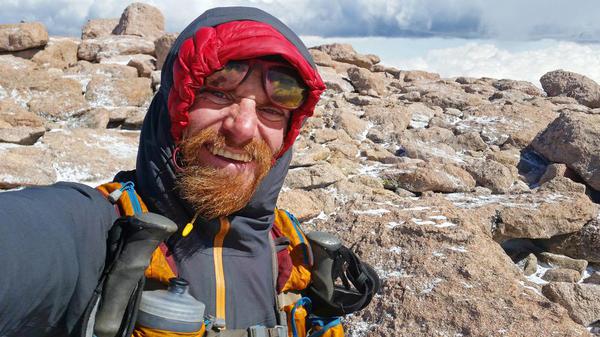 On September 16, Justin Simoni, aka “The Long Ranger,” completed a feat that would take a lifetime for most. Simoni finished what he's dubbed The Highest Hundred Tour—summiting Colorado's 100 highest peaks, the Centennials, in a continuous, self-powered push. It took him just under two months. Setting out on his bike from his home in Boulder, Colorado, on July 18 at exactly 3:42:52 a.m., Simoni bikepacked, camped, hiked, ran, climbed, and scrambled all of the peaks (plus five bonus peaks en rout 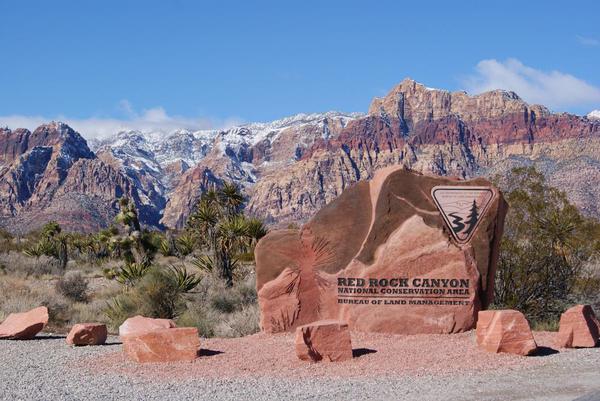 Since 2002, when local real estate developer and CEO of Gypsum Resources Jim Rhodes purchased the approximately 2,000-acre parcel on Blue Diamond Hill, the land has been in a match of zoning tug-o-war between the developer and local conservation group Save Red Rock (SRR), with the Clark County government caught in the crossfire. The land on Blue Diamond Hill, perched at 4,000 feet above sea level, is buffeted by views of the Las Vegas strip to one side, and the Red Rock National Conservation are 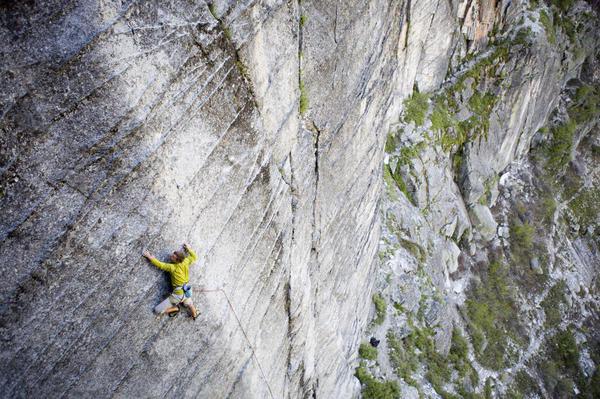 We often talk about the mental side of climbing, like how to overcome fear, visualize success, and be a better overall climber. But there’s another cognitive aspect of climbing that’s grown in recent years: Psychologists are using climbing as treatment for mental health disorders. Younghee Lowry, a crisis worker in Tahoe, California, uses climbing as a type of “mindfulness therapy,” a treatment described by the American Psychological Association (APA) as “paying attention to one’s experience in 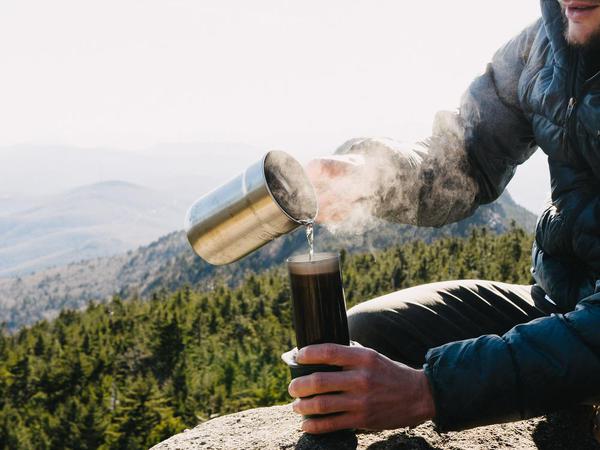 This September will mark the one-year anniversary of Hatchet Coffee’s slow bar, a countertop-shop and lounge that shares a space with Boone, North Carolina’s local bouldering gym, Center 45 Climbing. Fittingly, the milestone will be celebrated with the second annual Legend of El Volcancito Dyno Competition, an event that encapsulates Hatchet’s core values; community, climbing and coffee. Alongside strong competitors throwing themselves at big moves on plastic, the event will be host to Paulina 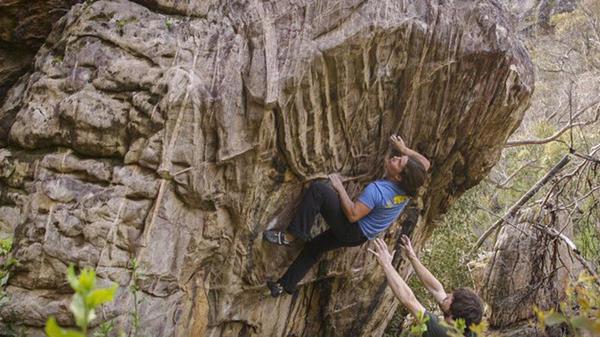 If you’ve ever visited the Tennessee Boulder Authority (TBA) in St. Elmo for an afternoon of indoor bouldering, you’ve probably seen Kasia Pietras. She’s the gym manager, and if you’ve seen her there, she’s likely to be found in the midst of some improvement project or another. Her gym may not be the largest, but Pietras and the rest of the staff have cultivated a friendly, laid-back atmosphere that attracts local climbers who take their training seriously. “(TBA) is a gym for the members,” Pie
Close ✕